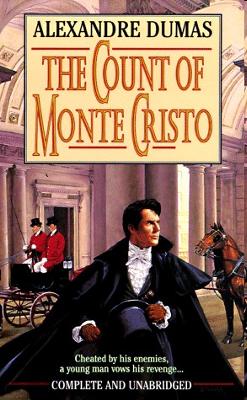 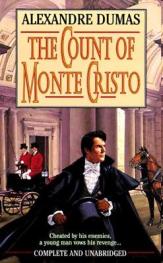 I first read The Count of Monte Cristo during my school days; it was just a chapter that described how a sailor, escapes prison by changing places with a dead priest. It really didn’t mean a thing back then. Many years later, I stumbled upon the book by chance, and read it for the first time. It was my first novel and has remained one of my favourites ever since.

The fundamental element of the book is its historical setting, depicting the Neapolitan era where ships, carriages, sword fights and duels were abundant. Even though the novel primarily carries clichéd themes of betrayal, justice, and vengeance; it is not just any run-of-the-mill story and its is not just simple tale of old fashioned revenge. The Count does not kill any of his enemies; instead he brilliantly uses their vices and weaknesses and turns it against them.

The Count of Monte Cristo is the story about a young sailor named Edmond Dantes who has an almost perfect life. He is liked by almost everyone, is recently promoted as the captain of a ship, engaged to a beautiful and gentle girl whom he loves, And suddenly, due to turn of events, he is betrayed by friends and branded as a traitor by powerful men for their own selfish motives and is locked up at the infamous prison, Château d’If, where he rots until he manages to escape 14 years later.

It’s again a story of rags to riches, of ups and downs, of betrayal and vengeance. A sailor is betrayed and thrown into prison. Where after many years of solitary confinement, by chance meets a priest Abbe Faria, who is a very learned man. The priest promises to educate the illiterate Edmond if he helps Abbe Faria to dig a tunnel to escape. In due course of time, Edmond gets educated as the tunnel is being dug, then without warning, the priest dies and before his last breath, he reveals the location of an island named Monte Cristo where a vast treasure is buried. Edmond trades places in the burial sack with the dead man and escapes into the sea, where a pirate ship rescues him and he befriends smugglers and in due course of time he finds the treasure. Armed with his education and knowledge, he assumes the new identity of a nobleman as the wealthy Count of Monte Cristo, he sets out to seek and destroy his betrayers.

The 1000 page novel The Count of Monte Cristo by Alexandre Dumas is filled with evil schemes, secrets, grandeur and power and the old world charm. The novel is quite lengthy and does get a little slow in certain places but its quite worth the read.

One thought on “Make it Count !”